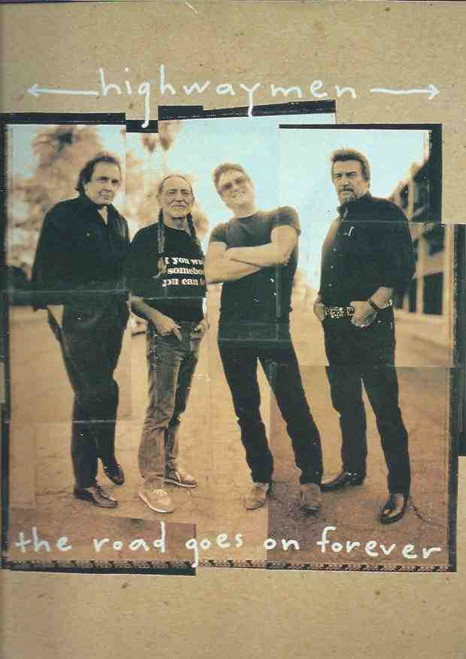 The Highwaymen were a Country music supergroup comprising four of the genre's biggest artists well known for their pioneering influence on the outlaw country subgenre: Johnny Cash, Waylon Jennings, Willie Nelson, and Kris Kristofferson. Active between 1985 and 1995, these four artists recorded three major label albums as The Highwaymen: two on Columbia Records and one for Liberty Records. Their Columbia works produced three chart singles, including the Number One "Highwayman" in 1985.

The group's final release prior to Jennings' death in 2002 was 1995's Don Was-produced album The Road Goes on Forever (a Robert Earl Keen cover), and its single, "It Is What It Is". The four singers then returned to their solo careers. A tenth-anniversary edition of The Road Goes on Forever appeared in 2005, with several bonus tracks added as well as, in some versions, a DVD containing the music video for "It Is What It Is" and a documentary entitled Live Forever – In the Studio with the Highwaymen.

Size 225 x 305 mm Great Photos and Information on everyone in the Group A Great Buy.
Condition Used 8/10 Good a few small cracks on the spine.
(Please Note scans are low res for fast loading)

Type a description for this product here...