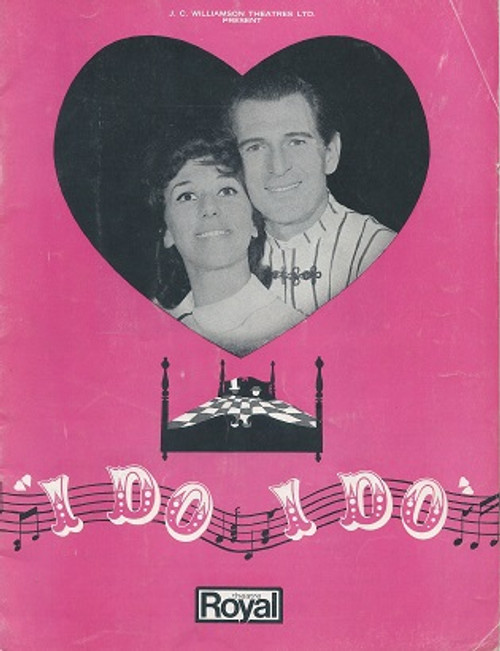 I Do! I Do! is a musical with a book and lyrics by Tom Jones and music by Harvey Schmidt which is based on the Jan de Hartog play The Fourposter. The two-character story spans fifty years, from 1895 to 1945, as it focuses on the ups and downs experienced by Agnes and Michael Snow throughout their marriage. The set consists solely of their bedroom, dominated by the large fourposter bed in the center of the room.

For producer David Merrick, who initially presented the play on Broadway, I Do! I Do! was an ideal investment in that it had neither expensive sets and costumes nor a large cast. After four previews, the Broadway production, directed and choreographed by Gower Champion, opened on December 5, 1966 at the 46th Street Theatre, and closed on June 15, 1968 after 560 performances. Mary Martin and Robert Preston comprised the original cast. Carol Lawrence and Gordon MacRae played matinees starting in October 1967 and then replaced Martin and Preston in December 1967.

I Do I Do Cast - Stephen Douglas, Jill Perryman