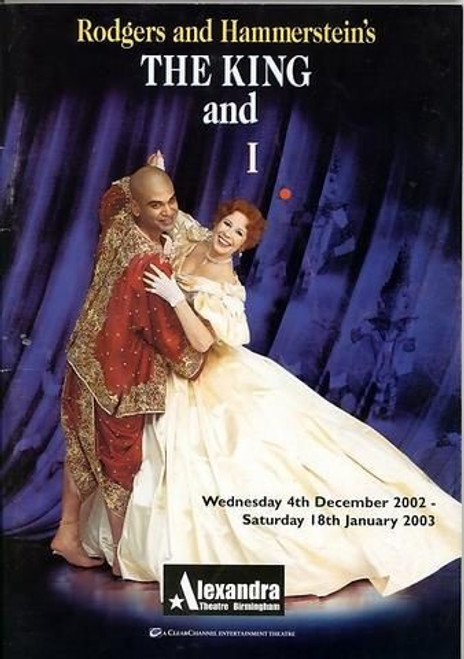 The King and I - 2002 Alexandra Theatre Birmingham

The King and I is a 1951 musical , the fifth by the team of Richard Rodgers and Oscar Hammerstein II. The play is based on the book Anna and the King of Siam by Margaret Landon and derives from the memoirs of Anna Leonowens, who became schoolteacher to the children of King Mongkut of Siam in the early 1860s. The story deals with the experiences of the schoolteacher, who is hired as part of the King's drive to modernize the country.

The King and I (Musical) Alexandra Theatre Birmingham