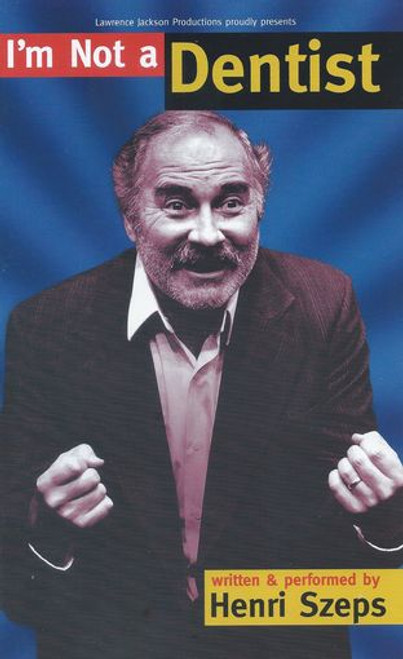 Henry Szeps, playwright and actor, wrote and performed this play in which he reveals his life story.

Henri Szeps OAM, (born 2 October 1943, Lausanne, Switzerland) alternatively Henry Szeps, is an Australian character actor of theatre and television. He has also featured in films and worked in voice roles, and has worked in productions in the United Kingdom.Szeps studied acting at Ensemble Theatre during weekends, under the direction of Hayes Gordon, while gaining science and electrical engineering degrees at Sydney University. In 1963, while sitting for the BSc in maths and physics during the day he was appearing every night at the Ensemble Theatre in his first play there, called The Physicists, which ran for six months.

Szeps is probably best known for his role as selfish dentist Robert Beare in the classic Australian television comedy series Mother and Son (1984 to 1994), with Garry McDonald, Ruth Cracknell and Judy Morris. Another prominent role was in Palace of Dreams for which he received a Penguin Award. He played the Doctor in the world première of David Williamson's play, Travelling North, and was asked to repeat the performance in the 1987 film, with Leo McKern & Graham Kennedy.

The Time of Your Life