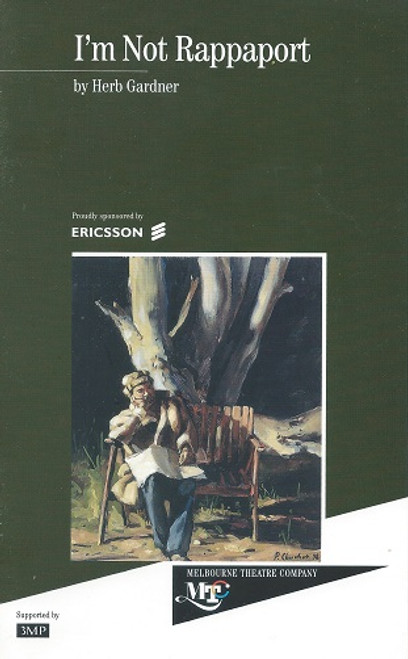 I'm Not Rappaport is a play by Herb Gardner, which originally ran on Broadway in 1985. The play was originally staged by Seattle Repertory Theatre in 1984. The play premiered on Broadway at the Booth Theatre on November 19, 1985, and closed on January 17, 1988 after 891 performances. Directed by Daniel Sullivan, the cast starred Judd Hirsch (Nat), Cleavon Little (Midge Carter), Jace Alexander (Gilley), and Mercedes Ruehl (Clara).

The production received Tony Awards for Best Play, Best Lighting Design, and Best Actor (Judd Hirsch). Inspired by two elderly men Gardner met in New York City's Central Park, the play focuses on Nat Moyer, a feisty Jew, and Midge Carter, a cantankerous African-American, who spend their days sitting on a bench. They both mask the realities of aging, sharing tall tales that Nat spins. The play touches on several issues, including society's treatment of the aging, the difficulties dealing with adult children who think they know what's best for their parents, and the dangers that lurk in urban areas.