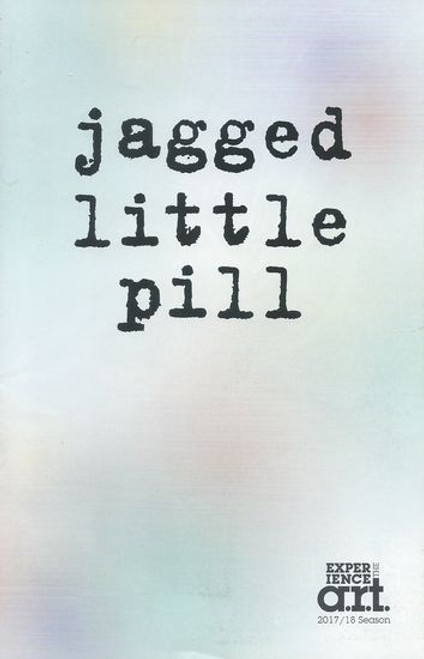 Jagged Little Pill is a rock musical with music by Alanis Morissette and Glen Ballard, lyrics by Morissette, and book by Diablo Cody, with additional music by Michael Farrell and Guy Sigsworth. The musical is inspired by the 1995 album of the same name by Morissette. It premiered at the American Repertory Theater in May 5, 2018, directed by Diane Paulus. The show began previews on Broadway in November 2019, and opened on December 5, 2019. In November 2013, it was revealed that a musical adaptation of the album Jagged Little Pill by Alanis Morissette was being adapted for the stage with composer Tom Kitt attached to arrange the orchestrations. A first workshop was expected to take place in 2014, however in 2015 Morissette revealed that the show was still in the early stages and had yet to be written. In May 2017, it was announced that the musical would receive its world premiere in May 2018, 23 years after the album was released. A reading took place in 2017, with Idina Menzel taking the part of Mary Jane. The first public performance of songs from the show took place in March 2018, at the American Repertory Theater Gala.