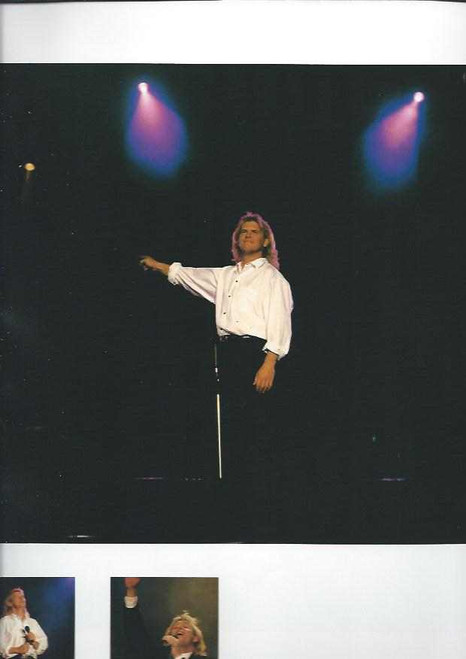 John Peter Farnham, AO, formerly billed as Johnny Farnham (born 1 July 1949), is an Australian pop singer. As Johnny Farnham he was a teen pop idol from 1964 to 1979, and has since forged a career as an adult contemporary singer. His career has mostly been as a solo artist although he briefly replaced Glenn Shorrock as lead singer of Little River Band during 1982–1985. In September 1986 his solo single, "You're the Voice" peaked at No. 1 on the Australian singles charts, The associated album, Whispering Jack, held the No. 1 position for a total of 25 weeks, and is the highest-selling album in Australian history.

Farnham's July 1988 single, "Age of Reason", which peaked at No. 1 on the ARIA singles charts, was written by Johanna Pigott and Dragon member Todd Hunter. The album, Age of Reason, produced by Ross Fraser, debuted at No. 1 in August and stayed on top for eight weeks.It was the highest selling album in Australia from 1988, and, as of 1997, it was 8× platinum indicating sales of over 0.56 million units. Renewed interest in Whispering Jack returned it to the Top Ten in August, nearly two years after its initial release. As of December 2008, "Age of Reason" remains Farnham's last No. 1 Australian single.Other charting singles from this album were, "Two Strong Hearts" which peaked at No. 6 and "Beyond the Call". Age of Reason had international success peaking at No. 4 in Sweden, and No. 9 in Norway.

Condition Used 8/10 Good - some small cracks on spine, Date and venue written on page 3 only small.