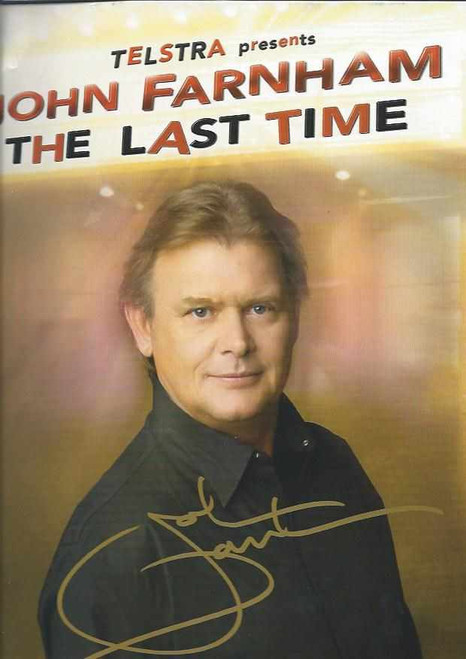 John Peter Farnham, AO, formerly billed as Johnny Farnham (born 1 July 1949), is an Australian pop singer. As Johnny Farnham he was a teen pop idol from 1964 to 1979, and has since forged a career as an adult contemporary singer. His career has mostly been as a solo artist although he briefly replaced Glenn Shorrock as lead singer of Little River Band during 1982–1985. In September 1986 his solo single, "You're the Voice" peaked at No. 1 on the Australian singles charts.The associated album, Whispering Jack, held the No. 1 position for a total of 25 weeks, and is the highest-selling album in Australian history. Both the single and the album had Top Ten success internationally including No. 1 in Sweden.

On 1 January 2001, Farnham was awarded a Centenary Medal, "For outstanding service to Australian music", as part of Australia's celebration of a centenary of federation. In 2002, Farnham announced his decision to retire from full-scale national tours after his The Last Time Tour – he would still perform in concerts and record – which commenced on 6 November 2002 and finished on 15 June 2003. In conjunction with the tour, The Last Time was released in October 2002, it peaked at No. 1 and achieved 3× platinum sales. The Last Time Tour was a countrywide concert tour, taking a circus-style tent to smaller towns and filling large entertainment venues in capital cities, it became the biggest grossing tour in Australian history.

Condition Used 8/10 Has some small cracks on the spine.