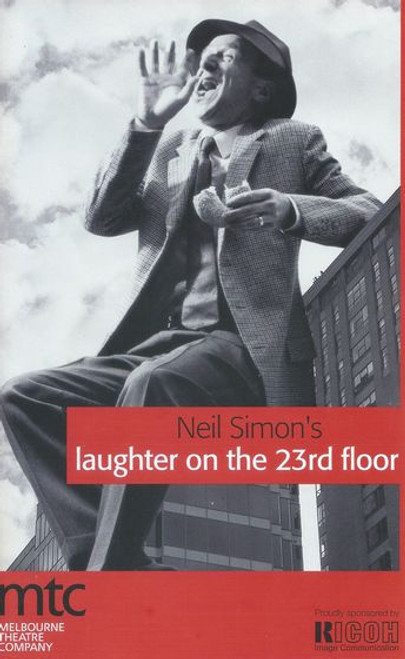 Laughter on the 23rd Floor is a 1993 play by Neil Simon. It focuses on the star and writers of a TV comedy-variety show in the 1950s, inspired by Simon's own early career experience as a junior writer (along with his brother Danny) for Your Show of Shows and Caesar's Hour.

Laughter on the 23rd Floor is a roman à clef, with the characters in the play based on Neil Simon's co-writers on Your Show Of Shows.Laughter on the 23rd Floor opened on Broadway at the Richard Rodgers Theatre on November 22, 1993 and closed on August 27, 1994 after 320 performances and 24 previews. Directed by Jerry Zaks the cast featured Nathan Lane (Max), Ron Orbach (Ira), Randy Graff (Carol), Mark Linn-Baker (Val), Bitty Schram (Helen), J. K. Simmons (Brian), and Lewis J. Stadlen (Milt)