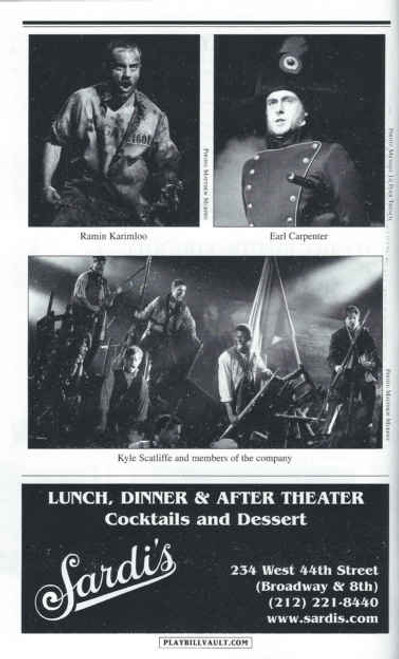 Les Misérables,  is a musical composed in 1980 by French composer Claude-Michel Schönberg, with a French-language libretto by Alain Boublil.

The English-language adaptation, with libretto by Herbert Kretzmer, opened at London’s Barbican Centre on 8 October 1985. It is the worlds longest-running musical, now in its 26th year, and the third longest-running show in Broadway history. In January 2010 it played its 10,000th performance in London’s West End.

Based on Victor Hugo’s 1862 novel of the same name, set in early nineteenth-century France, the plot follows the stories of the characters as they struggle for redemption and revolution. An ensemble that includes prostitutes, student revolutionaries, factory workers, and others joins the lead characters.