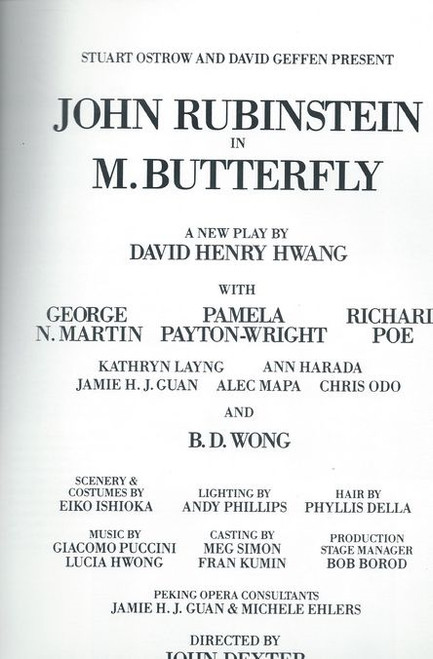 This Souvenir Brochure is from the Broadway Production 1988.

Size 310 x 230 mm Great photographs from the show and the Cast a great addition to any show collection.