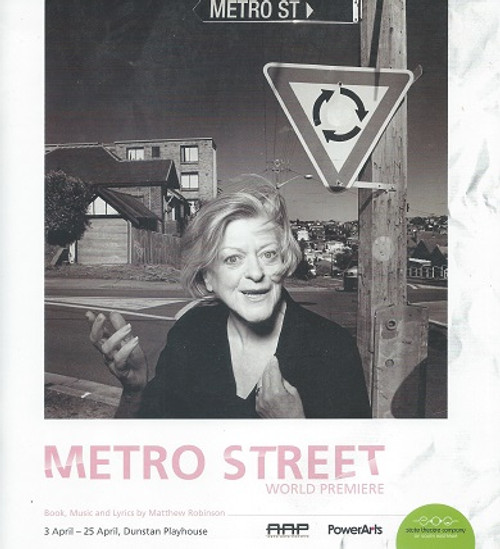 Metro Street is an original Australian musical with book, music and lyrics by Matthew Lee Robinson. It was awarded the Pratt Prize for Music Theatre in 2004, and went through many workshops and readings, including at the Adelaide Cabaret Festival in 2006, before its world premiere season with the State Theatre Company of South Australia in April 2009.Robinson conceived the title song to Metro Street while catching a tram in Melbourne in 2002. In 2004 Robinson wrote a first draft script for submission to the New York Musical Theatre Festival, and fleshed out this draft to enter for the Pratt Prize. The first two workshops for the piece occurred in August 2004. This first draft which won he Pratt Prize had a mother, her son, his girlfriend, a country girl and a street-side busker; the busker was cut in draft two, and replaced with the grandma character