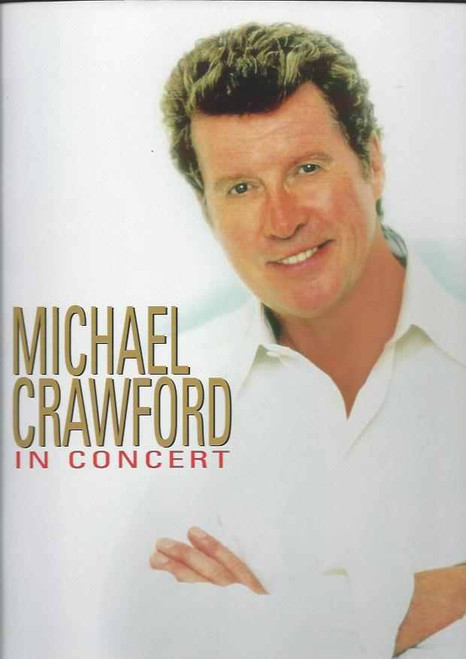 Michael Crawford OBE (born 19 January 1942) is an English actor and singer. He has garnered great critical acclaim and won numerous awards during his career, which covers radio, television, film, and stagework on both London's West End and on Broadway in New York City. He is best known for playing the hapless Frank Spencer in the popular 1970s British sitcom, Some Mothers Do 'Ave 'Em (which made him a household name), as well as for originating the title role in The Phantom of the Opera.

In 1984, at the final preview of Starlight Express, Crawford happened to run into the show's creator, Andrew Lloyd Webber. Lloyd Webber had met Crawford socially several times and remembered him from his work in Flowers for Algernon. He informed Crawford that he was working on a new project based on a Gaston Leroux novel and wanted to know whether he was interested. Crawford said he was, but the show was still in the early planning stages, and nothing had been decided.

Crawford's landing of the role was due largely in part to the coincidence that Lloyd Webber's then wife, Sarah Brightman, had taken lessons with the same vocal coach as Crawford. She and her husband had arrived early for her lesson, and it was while waiting that they chanced to hear him practising a piece from Handel's Atalanta, namely the aria Care Selve. Intrigued, Lloyd Webber inquired of Mr. Adam as to the identity of his student. Soon after, Crawford was called in for an audition and was hired nearly on the spot.

Many critics were skeptical; Crawford was still largely pigeonholed as the hapless Frank Spencer, and questions were raised if Crawford could manage such a demanding role, both vocally and dramatically. In 1986, Crawford began his performance in London, continuing on to Broadway in 1988, and then Los Angeles in 1989. He played the role for 2½ years and over 1,300 performances, winning an Olivier Award (Best Actor in a Musical), a Tony Award (Best Performance by an Actor in a Lead Role, Musical), an N.Y's Drama Desk Award, and a Los Angeles Drama Critics' Circle Award for Distinguished Achievement in Theatre (Lead Performance) for his efforts.

Size 240 x 335 mm Brochure is full of great pictures of Michael from theatre, movies and TV also highlights of his career.