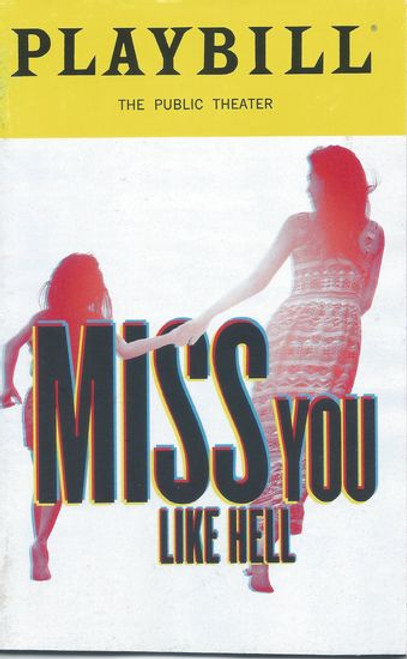 Miss You Like Hell is a musical with book and lyrics by Quiara Alegría Hudes, and music and lyrics by Erin McKeown. The show follows a troubled teenage girl who embarks on a cross-country road trip with her estranged mother, who is an undocumented immigrant from Mexico.
The musical premiered in 2016 at the La Jolla Playhouse in San Diego.Quiara Alegría Hudes was first commissioned by Christopher Ashley, Artistic Director to the La Jolla Playhouse, in February 2012 to write a new work after her success with plays such as In the Heights and Water by the Spoonful, for which she won the 2012 Pulitzer Prize for Drama.