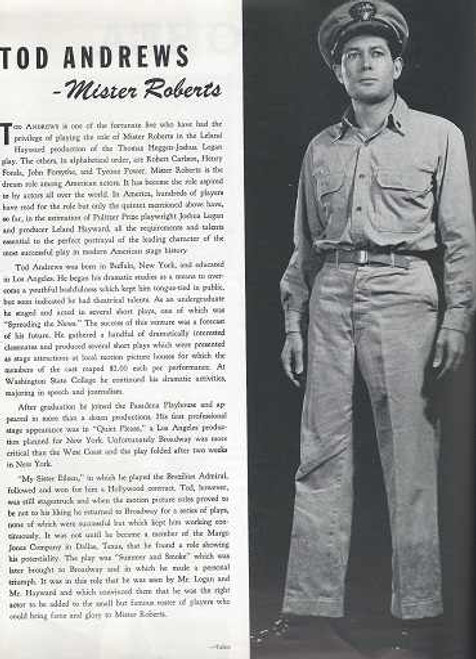 by Thomas Heggen and Joshua Logan

The novel began as a collection of short stories about Heggen’s experiences aboard the USS Virgo (AKA-20) in the South Pacific during World War II. Broadway producer Leland Hayward acquired the rights for the play and hired Heggen and Joshua Logan for the adaptation.

This Souvenir Brochure is from Mister Roberts