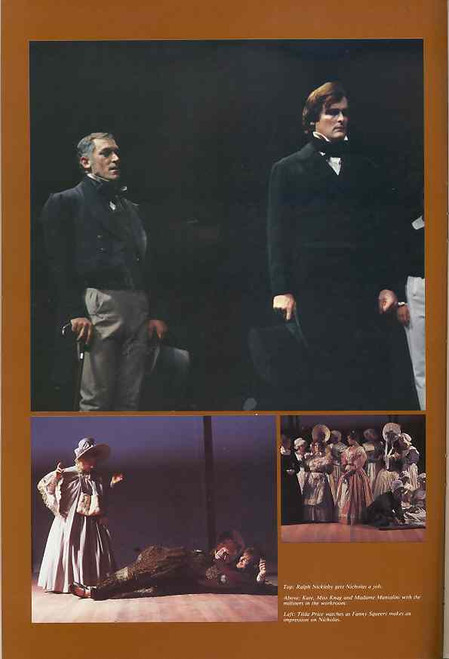 The Life and Adventures of Nicholas Nickleby (Play)

The Life and Adventures of Nicholas Nickleby is a nine-hour stage play, presented over two evenings onstage and four evenings on television. It was adapted from the Charles Dickens novel of the same name by David Edgar. Directed by John Caird and Trevor Nunn, it opened on 5 June 1980 at the Aldwych Theatre in London. The music and lyrics were from Stephen Oliver and the set design was by John Napier and Dermot Hayes. It transferred to the Plymouth Theatre on Broadway, initially opening 4 October 1981 and running until 3 January 1982. Revivals of the original production were produced in 1986 and a truncated version from 2006-2008.

This Souvenir Brochure is from the Australian Production Melbourne State Theatre 1984 including tickets and newspaper reviews.