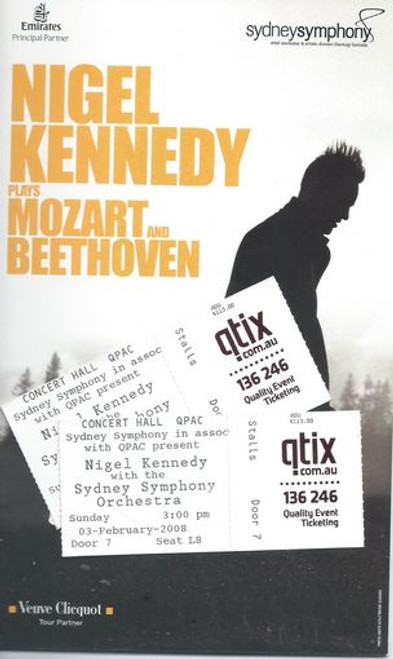 Nigel Kennedy is an English violinist and violist. He made his early career in the classical field, and has more recently performed in jazz, klezmer and other music genres. Kennedy's grandfather was Lauri Kennedy, principal cellist with the BBC Symphony Orchestra, and his grandmother was Dorothy Kennedy, a pianist. Lauri and Dorothy Kennedy were Australian, while their son, the cellist John Kennedy, was born in England. After graduating from the Royal Academy of Music in London, at age 22, John joined the Liverpool Philharmonic Orchestra, later becoming the principal cellist of Sir Thomas Beecham's Royal Philharmonic Orchestra.

The Sydney Symphony Orchestra (SSO) is an Australian symphony orchestra that was initially formed in 1908. Since its opening in 1973, the Sydney Opera House has been its home concert hall.