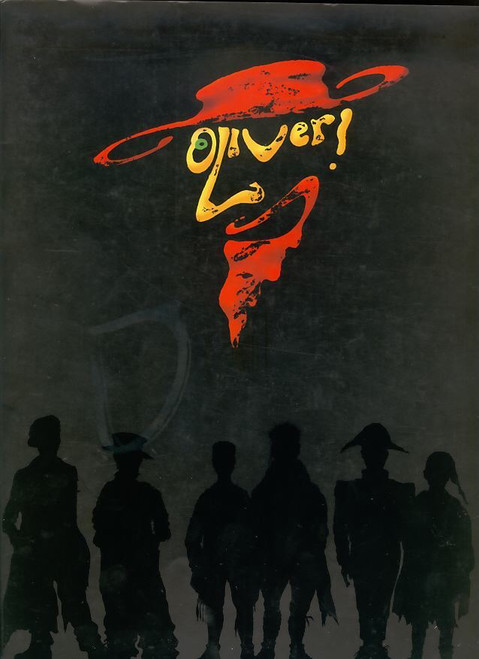 Oliver! is a British musical, with music and lyrics by Lionel Bart. The musical is based upon the novel Oliver Twist by Charles Dickens. It premiered in the West End in 1960, enjoying a long run, a successful Broadway production in 1963 and further tours and revivals. It was made into a musical film in 1968. A London revival played in 1994-1998,2008-2011. Oliver! was the first musical adaptation of a famous Charles Dickens work to become a stage hit. Starring Johnathan Pryce, Sally Dexter, Miles Anderson, Julia Deakin, David Delve. This Souvenir Brochure is from the London Revival Production - Johnathan Pryce. Starring: Jonathan Pryce, Sally Dexter, Miles Anderson, Julia Deakin, David Delve, Jenny Galloway, Carmel McSharry, James Saxon, James Villiers. Oliver (1994 Musical) Johnathan Pryce-Sally Dexter London Palladium

Souvenir Brochure Size 225 x 300 mm Full of beautiful photos from the show and cast, a must for any collection.