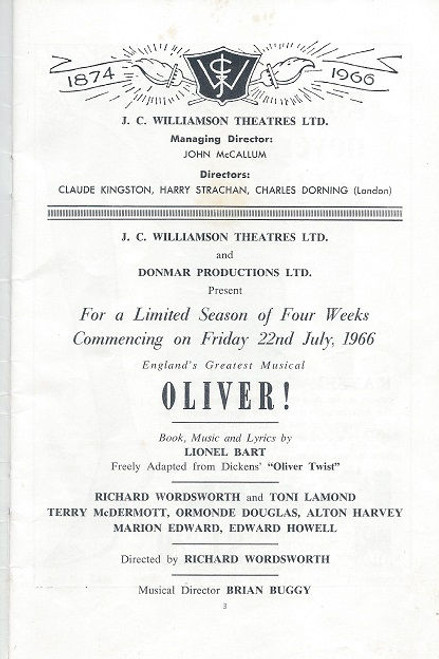 The plot of Dickens’ original novel is considerably simplified for the purposes of the musical, with Fagin being represented more as a comic character than as a villain, and large portions of the latter part of the story being completely left out. (It may well be that Bart based his musical on David Lean’s film, rather than Dickens’ book). Although Dickens’ novel has been called antisemitic in its portrayal of the Jew Fagin as evil, the production by Bart (himself a Jew) was more sympathetic and featured many Jewish actors in leading roles: Ron Moody (Ronald Moodnik), Georgia Brown (Lilian Klot), and Martin Horsey.

This Original 1966 Program is from the Australian Production at the Her Majesty's Theatre Melbourne.