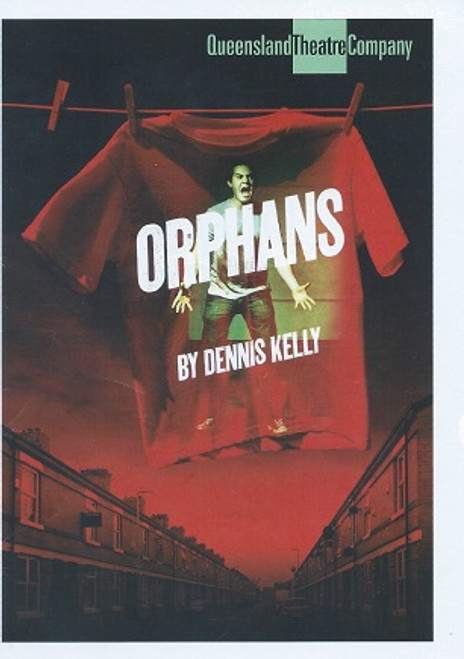 Orphans is a 2009 play by London playwright Dennis Kelly, an exploration of violence in urban areas. Kelly said “I always want my plays to have tension; whether the audience hates it or loves it is up to them, but I never want them to be bored.” Roxana Silbert directed the first production of this play, which premiered at the Traverse Theatre Edinburgh in August 2009, followed by a short run at the Birmingham Repertory Theatre in September, and finally the Soho Theatre London in October. The production starred Claire-Louise Cordwell as Helen, Jonathan McGuinness as Danny and Joe Armstrong as Liam. The play won a Herald Angel Award at the Edinburgh Fringe Festival and received numerous favourable reviews.