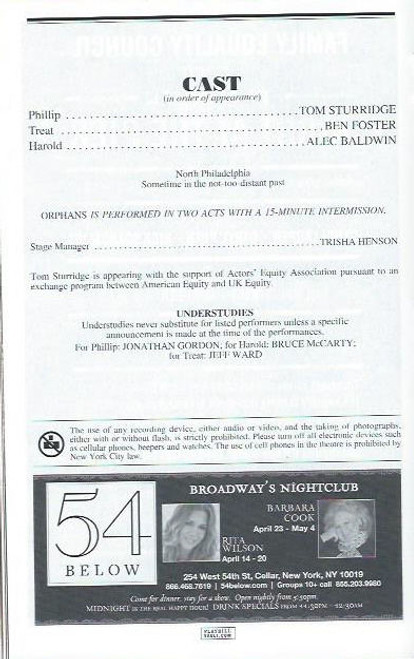 Orphans is a play by Lyle Kessler

It premiered in 1983 at the Matrix Theatre, Los Angeles, where it received critical and commercial success and won the Drama-Logue Award.

Lyle Kessler’s Orphans, among many of his other pieces of literature, has been praised as a hybrid of 20th century realism, Pinter-esque absurdism, and Shakespearean tragedy, but in many ways it aligns itself better with the literary tradition of Magical Realism, a more prevalent genre in Latin American countries than in the North American theatre. The way Orphans can move from a hyper realistic state into a parable while still maintaining its emotional pull and deeply felt sense of reality goes well with what magical realism is understood to be—magical elements blended into a realistic atmosphere in order to access a deeper understanding of reality.