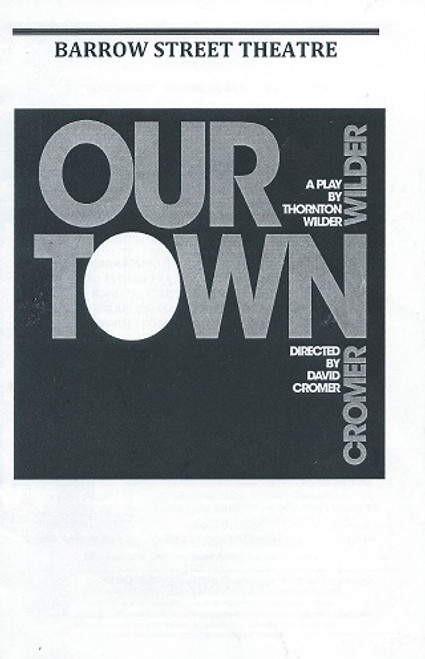 A Play by Thornton Wilder

Our Town is a 1938 metatheatrical three-act play by American playwright Thornton Wilder which won the Pulitzer Prize for Drama. The play tells the story of the fictional American small town of Grover's Corners between 1901 and 1913 through the everyday lives of its citizens.
Throughout, Wilder uses metatheatrical devices, setting the play in the actual theatre where it is being performed. The main character is the stage manager of the theatre who directly addresses the audience, brings in guest lecturers, fields questions from the audience, and fills in playing some of the roles. The play is performed without a set on a mostly bare stage. With a few exceptions, the actors mime actions without the use of props.
Our Town was first performed at McCarter Theatre in Princeton, New Jersey in 1938.[1] It later went on to success on Broadway and won the Pulitzer Prize for Drama. It remains popular today and revivals are frequent.

This Souvenir Brochure is from the 2009 Off Broadway Production