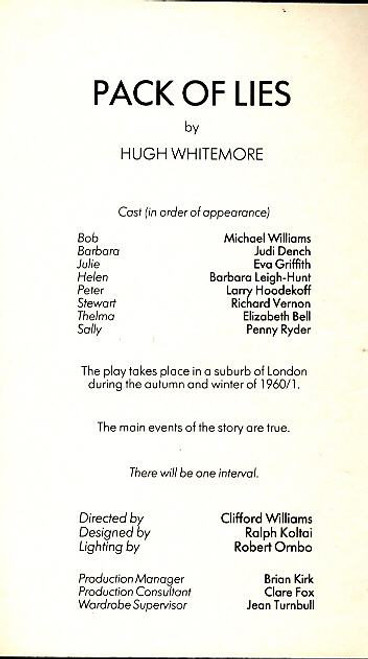 This UK Program is from the 1983 London's  West End Season production of Pack of Lies at the The Lyric Theatre.