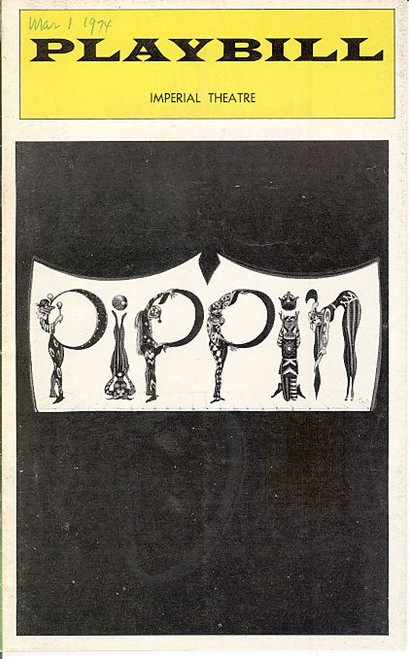 Pippin is a musical with music and lyrics by Stephen Schwartz and a book by Roger O. Hirson. Bob Fosse, who directed the original Broadway production, also contributed to the libretto. The musical uses the premise of a mysterious acting troupe, led by a Leading Player, to tell the story of Pippin, a young prince on his search for meaning and significance. The protagonist, Pippin, and his father, Charlemagne, derive their characters from two real-life individuals of the early Middle Ages, though the plot presents very little historical accuracy regarding either. The show was partially financed by Motown Records. As of July 2011, Pippin is the 31st longest-running Broadway show. Pippin was originally conceived by Stephen Schwartz as Pippin, Pippin, a student musical performed by Carnegie Mellon's Scotch'n'Soda theatre troupe. According to musical theatre scholar Scott Miller in his 1996 book, From Assassins to West Side Story, "Pippin is a largely under-appreciated musical with a great deal more substance to it than many people realize…Because of its 1970s pop style score and a somewhat emasculated licensed version for amateur productions which is very different from the original Broadway production, the show now has a reputation for being merely cute and harmlessly naughty; but if done the way director Bob Fosse envisioned it, the show is surreal and disturbing." Ben Vereen won a Tony Award for his portrayal of the Leading Player in the original Broadway production.

(Please Note scans are low res for fast loading)EST no need to register.