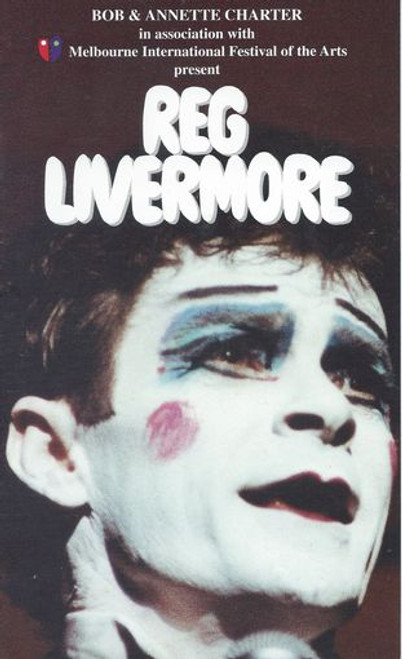 Reginald Dawson Livermore AO (born 11 December 1938) is an Australian actor, singer, theatrical performer and former television presenter. After two years starring in Hair he moved on to The Tooth of Crime by Sam Shepard at Nimrod, his own musical Lasseter for the Old Tote, and then joined the cast of the acclaimed Australian production of Jesus Christ Superstar for Harry M. Miller, where he won rave reviews for his show-stopping performance as King Herod. In 1974 he was rewarded with one of his greatest and best-known roles, Dr Frank’n’Furter in the original Australian production of The Rocky Horror Show, and he also performed the role for the Australian cast recording.

In 1975, at the request of producer Eric Dare, Livermore conceived his first one-man show, Betty Blokk-buster Follies, which played to record crowds in Sydney, Canberra, Perth, Adelaide and Melbourne. He then wrote and performed a string of successful one-man shows – Wonder Woman, Sacred Cow, Son of Betty and Firing Squad.

In December 1977, Livermore's musical Ned Kelly written with composer Patrick Flynn opened in Adelaide, produced by the Adelaide Festival Centre Trust. Livermore wrote, directed and designed the show but did not perform in it. The production transferred to Sydney, opening in February 1978 and playing for two months. An earlier version of the musical received a concept album in 1974.

His trip to London with Sacred Cow in 1980 created an unexpected sensation: the audience tried to boo him off the stage but he refused to oblige them. The Sydney Daily Telegraph subsequently lamented that his appearance in the West End had given Australia a bad name. In 1982 he played the title role in the American musical Barnum, and 1984 saw him in a revival of The Rocky Horror Show directed by another Rocky star Daniel Abineri.