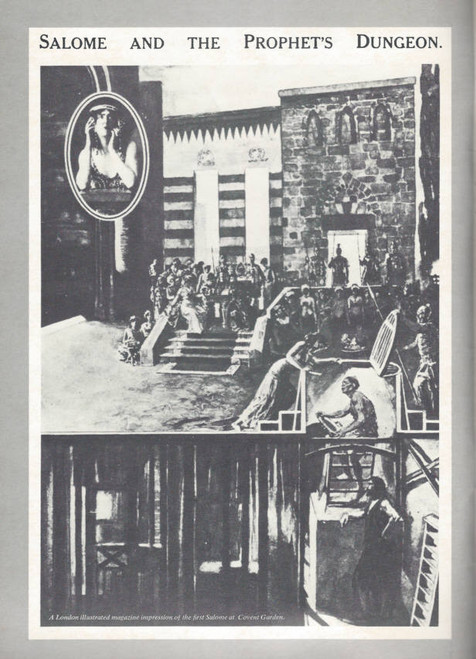 Salome, is an opera in one act by Richard Strauss to a German libretto by the composer, based on Hedwig Lachmann's German translation of the French play Salomé by Oscar Wilde. Strauss dedicated the opera to his friend Sir Edgar Speyer. The opera is famous (at the time of its premiere, infamous) for its "Dance of the Seven Veils". It is now better known for the more shocking final scene (often a concert-piece for dramatic sopranos), where Salome declares her love to – and kisses – the severed head of John the Baptist.

Oscar Wilde originally wrote his Salomé in French. Strauss saw the play in Lachmann's version and immediately set to work on an opera. The play's formal structure was well-suited to musical adaptation. Wilde himself described Salomé as containing "refrains whose recurring motifs [Wilde's emphasis] make it so like a piece of music and bind it together as a ballad".

Size 215 x 300 mm Lots of Information and Pictures on the Opera, Cast and Story
Condition: Used Good 7/10 Looks Ok (has some yellowing up the spine)