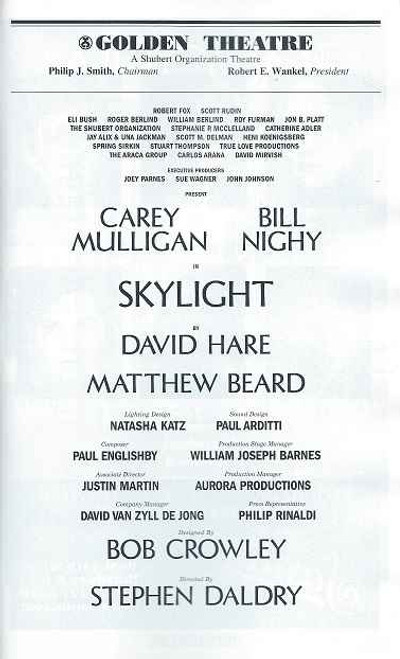 Skylight is a play by British dramatist David Hare. The play premiered in the West End at the Cottesloe Theatre in 1995, moving to the Wyndham's Theatre in 1996. The play opened on Broadway in 1996 and again played the West End in 1997 and 2014. The 2014 production transferred to Broadway in 2015.
East London school teacher Kyra Hollis is visited on the same night by Edward Sargeant and, later, his father Tom Sargeant. Kyra had been living with the Sargeant family years earlier but left after her affair with Tom was discovered by Tom's wife, who has since died. Edward now accuses Kyra of having left him as well, as he saw her as a big sister, and he demands to know why she left his life.