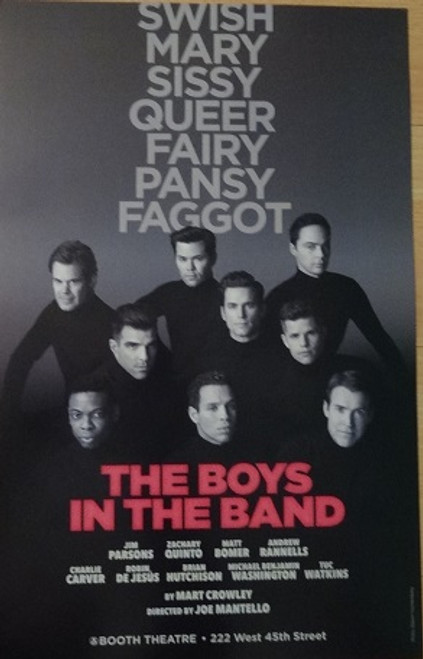 The Boys in the Band (May 2018) 50th Anniversary Production Poster

The Boys in the Band (Play) Booth Theatre - One Only