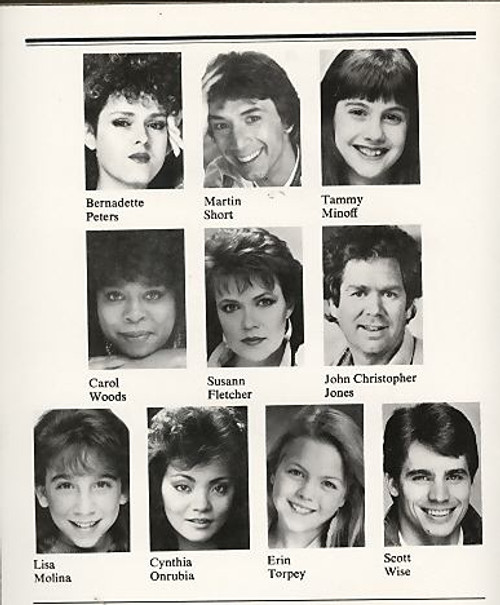 The Goodbye Girl by Neil Simon

The Goodbye Girl is a musical with a book by Neil Simon, lyrics by David Zippel, and music by Marvin Hamlisch, based on Simon's original screenplay for the 1977 film of the same name.The production, directed by Michael Kidd and choreographed by Graciela Daniele, opened on Broadway on March 4, 1993 at the Marquis Theatre, where it ran for 188 performances and 23 previews. The opening night cast included Bernadette Peters as Paula McFadden and Martin Short as Elliot Garfield, with Tammy Minoff as Lucy. This musical marked Martin Short's Broadway debut. The original director, Gene Saks, was fired during the Chicago out-of-town try outs. Bernadette Peters, Martin Short, Carol Woods, Tammy Minoff, Lisa Molina.