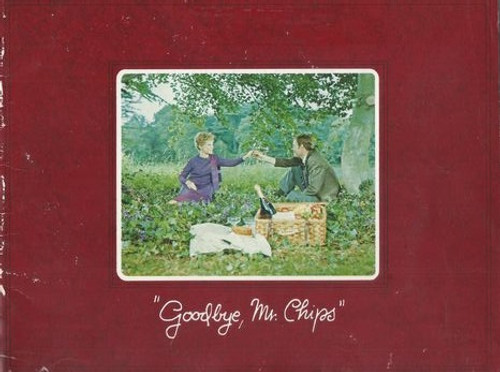 Goodbye, Mr. Chips is a 1969 American musical film directed by Herbert Ross. The screenplay by Terence Rattigan is based on James Hilton's 1934 novel Goodbye, Mr. Chips, which was first adapted for the screen in 1939. A draft of a musical adaptation of Goodbye, Mr. Chips was on file in the M-G-M script department since 1951. In 1964, with Julie Andrews flush from the success of Mary Poppins, trade magazine advertisements announced she would star opposite Rex Harrison, with Vincente Minnelli listed as director, but nothing came of the project. A few years later, it was back on track with its share of pre-production problems, including several changes in the casting of the lead roles. First, Richard Burton and Samantha Eggar were signed. Then Lee Remick replaced Eggar. Gower Champion, who had replaced Minnelli as director, viewed raw footage of Petula Clark in Finian's Rainbow (1968), fired Remick and replaced her with Clark. Remick sued MGM for damages. Burton balked at playing opposite a "pop singer," and he was replaced by Peter O'Toole. Champion also eventually resigned, and the film ultimately became the first-time directorial effort of choreographer Herbert Ross.