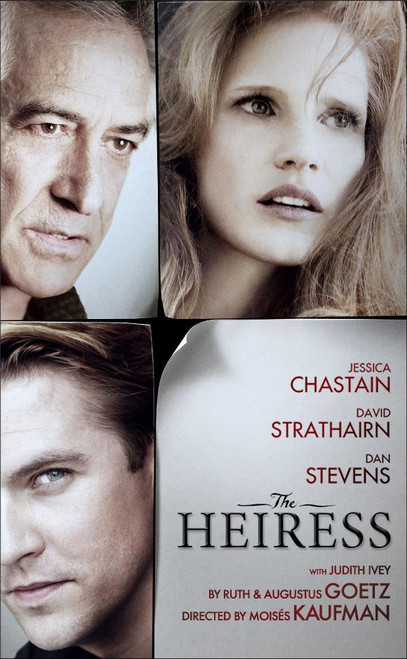 The Heiress is a 1947 play by American playwrights Ruth and Augustus Goetz adapted from the 1880 Henry James novel, Washington Square. The play opened on Broadway at the Biltmore Theatre on 29 September 1947 directed by Jed Harris starring Wendy Hiller, Basil Rathbone, and Peter Cookson. The production ran 410 performances.

The play has been revived four times on Broadway, most notably in a 1995 production starring Cherry Jones, Philip Bosco, Jon Tenney and Frances Sternhagen which ran 340 performances. It won the Tony Award for Best Revival of a Play, with Jones, Sternhagen and director Gerald Gutierrez winning Tonys as well. In 2012 run (11/01/2012 - 2/09/2013) at the Walter Kerr Theatre.

Hugh Jackman Back on Broadway - 3