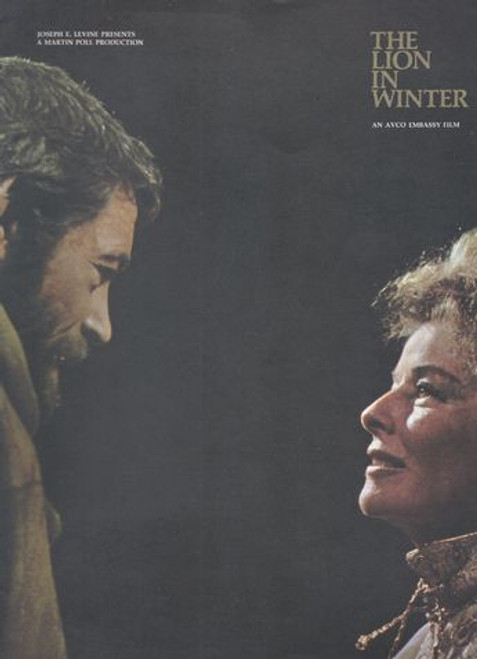 The Lion in Winter is a 1968 British-American historical drama film set around the Christmas of 1183, about political and personal turmoil among the royal family of Henry II of England, his wife Eleanor of Aquitaine, their children, and their guests. The film was directed by Anthony Harvey; written by James Goldman (based on his own play of the same name); produced by Joseph E. Levine, Jane C. Nusbaum, and Martin Poll; and starred Peter O'Toole, Katharine Hepburn, John Castle, Anthony Hopkins (in his first major film role), Jane Merrow, Timothy Dalton (in his film debut) and Nigel Terry.

The film was a commercial success and won three Academy Awards, including Hepburn's third as Best Actress, making her the first three-time winner in the category. There was a television remake in 2003.