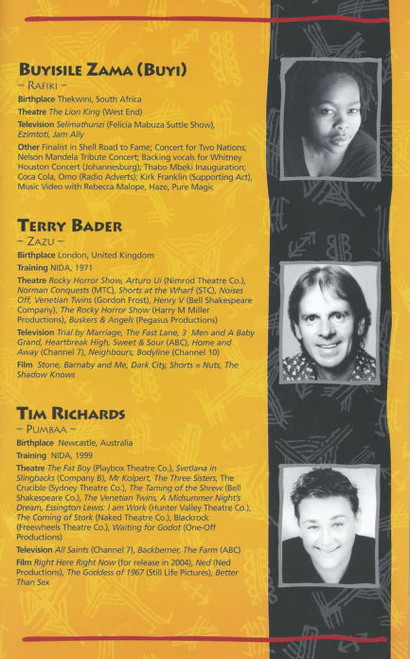 This Souvenir Program is from the Australian Tour Production The Lion King Sydney 2003.