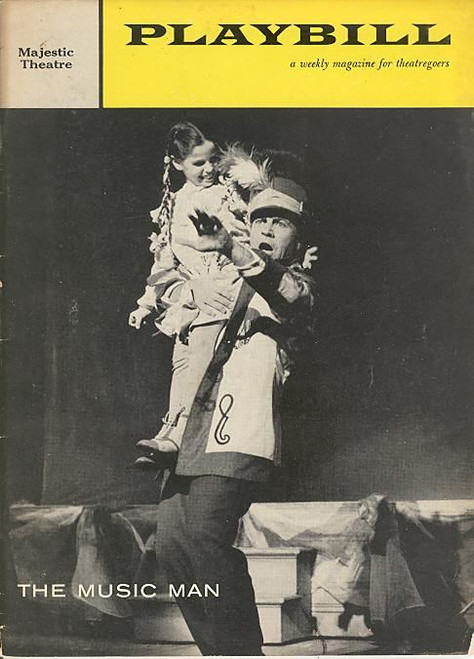 The Music Man is a musical with book, music, and lyrics by Meredith Willson, based on a story by Willson and Franklin Lacey. The plot concerns con man Harold Hill, who poses as a boys' band organizer and leader and sells band instruments and uniforms to naive townsfolk before skipping town with the cash. In River City, Iowa, prim Marian the librarian sees through him, but when Hill helps her younger brother, Marian begins to fall in love with Harold. Harold, in turn falling for Marian, risks being caught to win her.In 1957, the show became a hit on Broadway, winning five Tony Awards, including Best Musical, and running for 1,375 performances. The cast album won the first Grammy Award for "Best Original Cast Album". The show's success led to revivals and a popular 1962 film adaptation and a 2003 television remake. It frequently is produced by both professional and amateur theater companies.