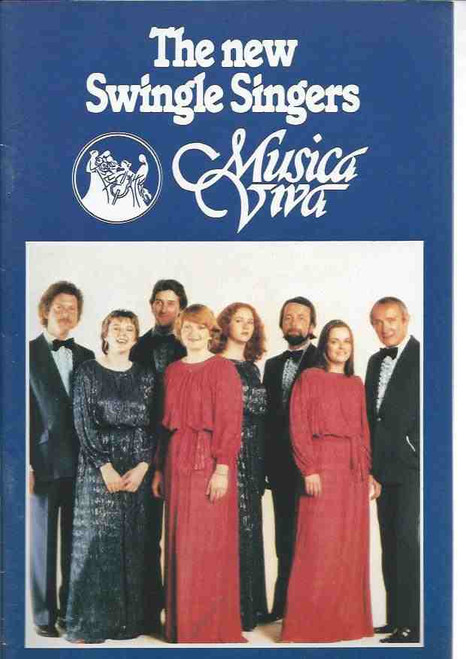 The Swingle Singers are a mostly a cappella vocal group formed in 1962 in Paris, France by Ward Swingle with Anne Germain, Jeanette Baucomont, Jean Cussac and others. Christiane Legrand, the sister of composer Michel Legrand, was the group's lead soprano through 1972. Until 2011, the group consisted of eight voices: two sopranos, two altos, two tenors and two basses. The French group performed and recorded typically with only a double bass and drums as accompaniment. The current group performs primarily a cappella. In 1973, the original French group disbanded and Ward Swingle moved to London and recruited all new members who debuted as Swingle II. The group later performed and recorded under the name The Swingles and then, The New Swingle Singers and eventually, simply, The Swingle Singers. Since the London group's incarnation, the group has never disbanded. As individual members have left the group, the remaining members have held auditions for replacements.

The group, directed originally by Ward Swingle (who once belonged to Mimi Perrin's French vocal group Les Double Six), began as session singers mainly doing background vocals for singers such as Charles Aznavour and Edith Piaf. Christiane Legrand, sister of Michel Legrand, was the original lead soprano, and they did some jazz vocals for Michel Legrand. The eight session singers sang through Bach's Well-Tempered Klavier as a sight-reading exercise and found the music to have a natural swing. They recorded their first album Jazz Sébastien Bach as a present for friends and relatives. Many radio stations picked it up and this led to the group recording more albums and winning a total of five Grammy Awards.

Size 205 x 305 mm Brochure includes pictures of the group, history of the group and a lot more. A True collectors piece.
Condition Used 8/10 Good has a little wear on spine
(Please Note scans are low res for fast loading)