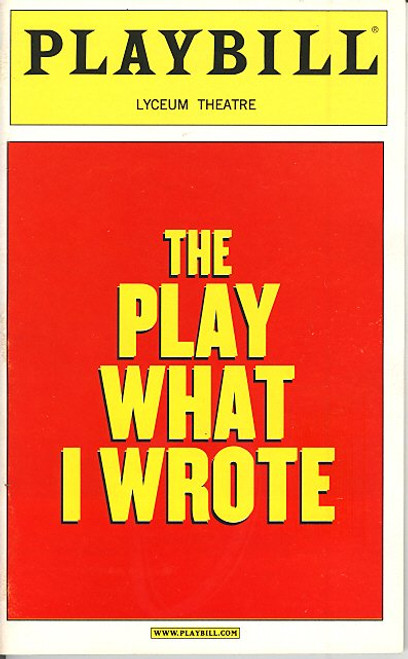 The Play What I Wrote is a musical farce written by Hamish McColl, Sean Foley and Eddie Braben, starring Foley and McColl (the double act The Right Size, playing characters named "Sean" and "Hamish"), and directed by Kenneth Branagh. The play debuted at the Liverpool Playhouse Theatre in the summer of 2001 and moved on later that year to its West End premiere at the Wyndham's Theatre, London, where it proved a success. It won Foley and McColl a joint Best Actor nomination at the 2002 Laurence Olivier Awards and, although they did not win, the production did achieve an Olivier Award for best comedy and for best actor in a supporting role (with the latter won by Toby Jones, who played the pair's friend Arthur).

Playbill/ Program with one original tickets