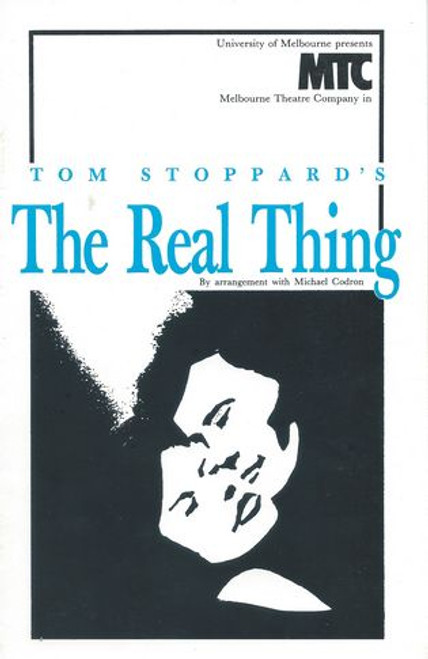 The Real Thing is a play by Tom Stoppard that was first performed in 1982. The play focuses on the relationship between Henry and Annie, an actress and member of a group fighting to free Brodie, a Scottish soldier imprisoned for burning a memorial wreath during a protest.

The Real Thing examines the nature of honesty and uses various constructs, including a play within a play, to explore the theme of reality versus appearance. It has been described as one of Stoppard's "most popular, enduring and autobiographical plays.Felicity Kendal originated the role of Annie and Roger Rees originated the role of Henry. Glenn Close played Annie and Jeremy Irons played Henry in the Broadway production. Close and Irons both won Tonys for their roles, as did Christine Baranski for her featured performance as Charlotte. Supporting players during the play's run on Broadway included Peter Gallagher, Simon Jones, D.W. Moffett, Steven Weber, Cynthia Nixon, and Yeardley Smith.