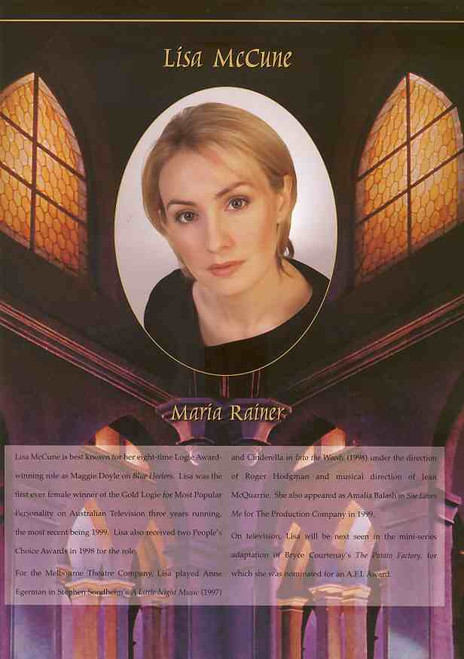 The Sound of Music (Musical)

The Sound of Music (1959) is a musical with music by Richard Rodgers, lyrics by Oscar Hammerstein II and a book by Howard Lindsay and Russel Crouse. It is based on the memoir of Maria von Trapp, The Story of the Trapp Family Singers. Many songs from the musical have become standards, including the title song "The Sound of Music", "Edelweiss", "My Favorite Things", "Climb Ev'ry Mountain" and "Do-Re-Mi".

This Souvenir Brochure is from the 1999-2000 Australian Tour - with extra Cast Insert - Rob Guest Playing Cpt Von Trapp at this Performance..