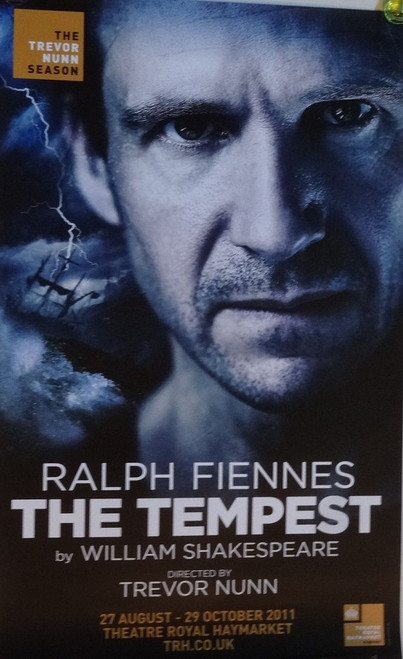 The story draws heavily on the tradition of the romance and it was influenced by tragicomedy, the courtly masque and perhaps the commedia dell'arte. It differs from Shakespeare's other plays in its observation of a stricter, more organised neoclassical style.  The play portrays Prospero as a rational, and not an occultist, magician by providing a contrast to him in Sycorax: her magic is frequently described as destructive and terrible, where Prospero's is said to be wondrous and beautiful.

Ralph Fiennes taking on the role of Prospero was interviewed on BBC news together with Elizabeth Hopper who plays his daughter Miranda.  Elizabeth described how she first auditioned for a non-speaking role of a Courtier in Trevor Nunn's current play, Rosencrantz and Guilderstern Are Dead and then further auditioned for The Tempest for the role of Miranda that is a major breakthrough in her career.  Talking of her dream story she says "I am very lucky and feel very humble".