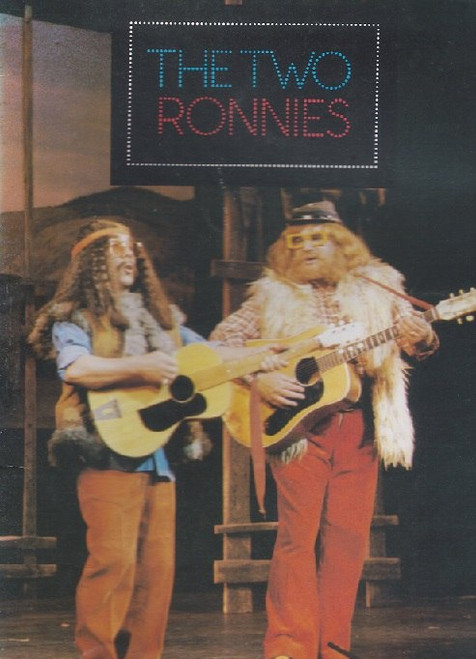 The Two Ronnies is a British sketch show which aired on BBC1 from 1971 to 1987. It featured the double act of Ronnie Barker and Ronnie Corbett, the "Two Ronnies" of the title. Following the departure of Morecambe and Wise from the BBC in 1978, The Two Ronnies became the BBC's flagship light entertainment programme, regularly gaining the top viewing figures in the critical Christmas Day audience battle. A memorable Radio Times cover for the double Christmas issue in 1973 had both double acts appearing side by side.

The Two Ronnies was regularly screened in Australia on ABC Television, and was repeated several times. In 1986 the series was reported as being into its second or third airing, and being broadcast in a respectable time slot. In 1979 a special was made for the Nine Network in Australia under the title of the Two Ronnies in Australia. It was followed by a full series in 1986 with 6 episodes. Episodes contain many of the original sketches done for the BBC, but reworked for an Australian audience.