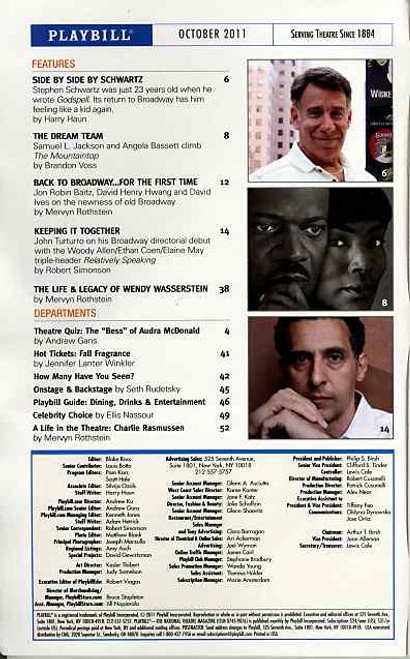 War Horse is a play based on the book of the same name by acclaimed children’s writer Michael Morpurgo, adapted for stage by Nick Stafford. Originally Morpurgo thought “they must be mad” to try to make a play from his best-selling 1982 novel. He was proved wrong by the play’s instant success. The play’s West End and Broadway productions are directed by Marianne Elliott and Tom Morris, with “horse choreography” by Toby Sedgwick.

This Playbill is from the October 2011. Production directed by Marianne Elliott, Tom Morris. Winner of 5 Tony Awards including BEST PLAY.