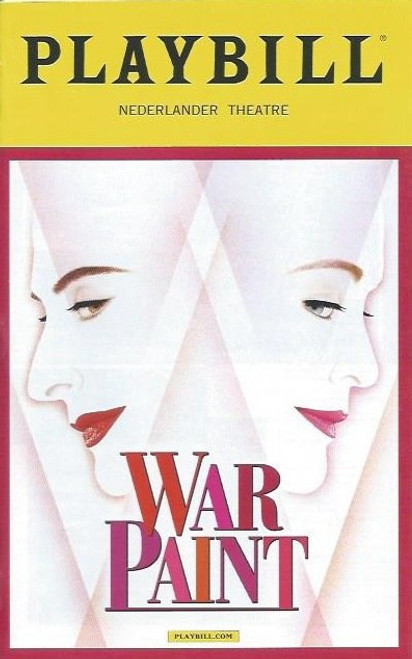 War Paint is a musical with book by Doug Wright, music by Scott Frankel, and lyrics by Michael Korie, based both on Lindy Woodhead’s 2004 book War Paint and on the 2007 documentary film The Powder & the Glory by Ann Carol Grossman and Arnie Reisman. The musical focuses on the lives of and rivalry between 20th-century female entrepreneurs Elizabeth Arden and Helena Rubinstein. The musical relates the rivalry between two important women of the cosmetics industry, Elizabeth Arden and Helena Rubinstein from the 1930s to the 1960s. Elizabeth Arden was the daughter of a Canadian farmer, and presented her products as emblems of an upper-class life of comfort. Helena Rubinstein, from Poland, “emphasized science”, promising an “exotic look.” That was “code for Jewish” according to Scott Frankel.