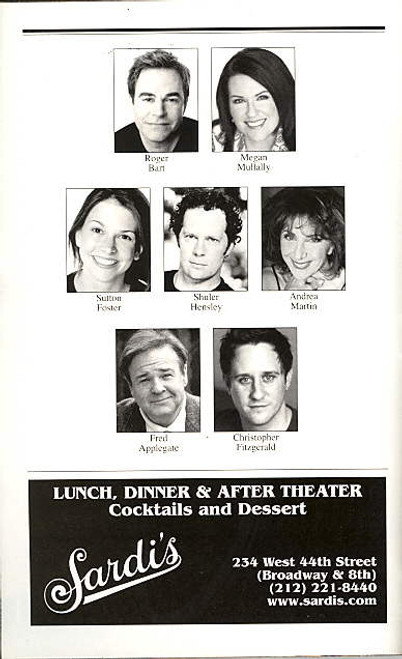 Young Frankenstein,  is a musical with a book by Mel Brooks and Thomas Meehan and music and lyrics by Brooks. It is based on the 1974 comedy film of the same name written by Brooks and Gene Wilder and directed by Brooks, who has described it as his best film. It is a parody of the horror film genre, especially the 1931 Universal Pictures adaptation of Mary Shelley's Frankenstein and its 1939 sequel, Son of Frankenstein. Starring Roger Bart  Megan Mullally  Sutton Foster  Shuler Hensley Andrea Martin Fred Applegate Christopher Fitzgerald. Playbill Dated Apr 2008