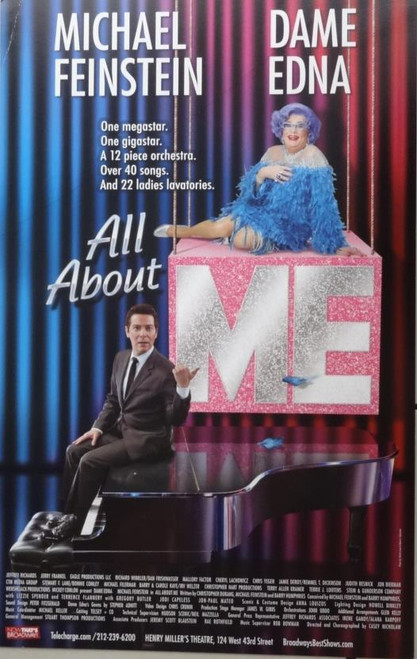 All About Me - Dame Edna (Comedy)

All About Me: Dame Edna collaborated with cabaret pianist and singer, Michael Feinstein for a two-person revue entitled “All About Me”, based on the concept that the pair were rivals who were forced to work together for the show’s sake. The show opened as the second production for the newly refurbished Henry Miller’s Theatre and was planned to run from 18 March through 18 July 2010 (with previews beginning on 22 February) but closed Apr 04, 2010 after 27 Previews and 20 Performances.
Each Order has a $5.00 handling fee (Shown as Tax) per Order (including free shipping)