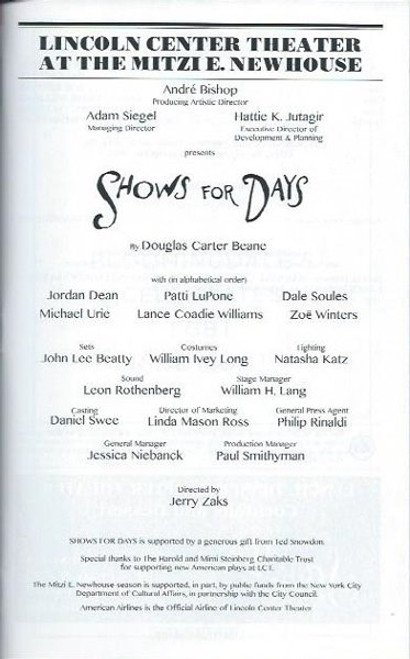 It’s May 1973 when a young man wanders into a dilapidated community theater in Reading, PA. The company members welcome him -- well, perhaps only because they need a set painter that day. He then proceeds to soak up all the idealism and the
craziness that comes with being part of a struggling theater company with big dreams. And as we know, Douglas Carter Beane made those dreams come true as the author of The Nance for LCT, as well as Sister Act, The Little Dog Laughed, As Bees In Honey Drown, and many others.