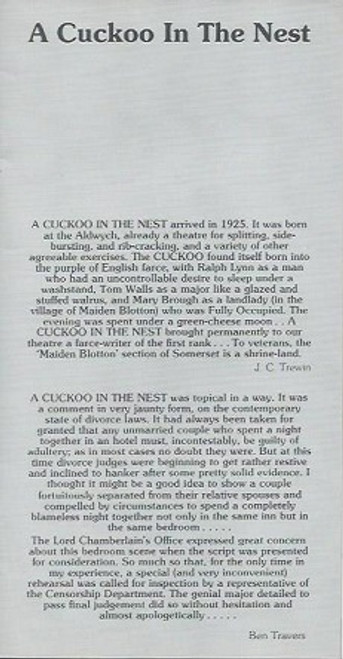 A Cuckoo in the Nest is a farce by the English playwright Ben Travers. It was first given at the Aldwych Theatre, London, the second in the series of twelve Aldwych farces presented by the actor-manager Tom Walls at the theatre between 1923 and 1933. Several of the cast formed the regular core cast for the later Aldwych farces. The plot concerns two friends, a man and a woman, who are each married to other people. While travelling together, they are obliged by circumstances to share a hotel bedroom. Everyone else assumes the worst, but the two travellers are able to prove their innocence.

The Importance of Being Earnest - 2

The Importance of Being Earnest - 5