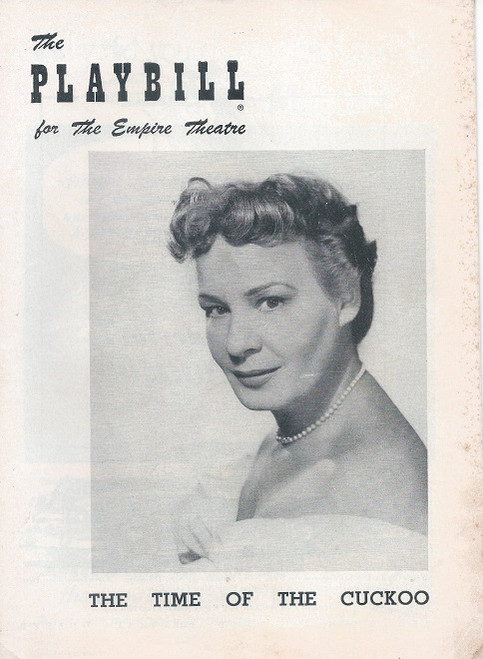 The Time of the Cuckoo - (1952) Shirley Booth - Plymouth Theatre

The Time of the Cuckoo is a play by Arthur Laurents. It focuses on the bittersweet romance between Leona Samish, a single American executive secretary vacationing in Europe and Renato Di Rossi, a shopkeeper she meets in Venice. Di Rossi, trapped in a loveless marriage, relentlessly pursues Leona, who initially is shocked by the thought of an illicit affair but eventually succumbs to the Italian's charms.

The Broadway production was directed by Harold Clurman. The play opened at the Empire Theater on October 15, 1952 and closed on May 30, 1953 after 263 performances. The theatre was demolished shortly after the play closed.

The play was adapted for the screen under the title Summertime and titled in Great Britain as Summer Madness in 1955, directed by British director David Lean (Lawrence of Arabia, Doctor Zhivago) and for the musical stage as Do I Hear a Waltz? in 1965.