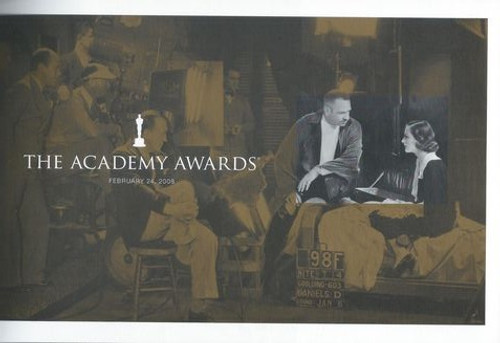 For Movies Released in 2007

The 80th Academy Awards ceremony, presented by the Academy of Motion Picture Arts and Sciences (AMPAS), honored the best films of 2007. The award ceremony took place on February 24, 2008, at the Kodak Theatre in Hollywood, Los Angeles. During the ceremony, AMPAS presented Academy Awards (commonly referred to as Oscars) in 24 categories. The ceremony was televised in the United States by ABC, and produced by Gil Cates and directed by Louis J. Horvitz. Comedian Jon Stewart hosted the show for the second time, having previously presided over the 78th ceremony held in 2006. On February 9, at the Beverly Wilshire Hotel in Beverly Hills, the Academy Awards for Technical Achievement were presented by host Jessica Alba.

Condition: Used Good (It was a bit hard to scan as it is bound like a book)