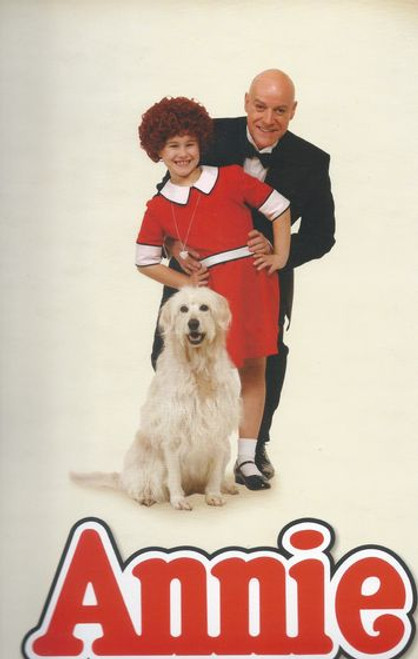 Annie is a Broadway musical based upon the popular Harold Gray comic strip Little Orphan Annie and loosely based on the 1885 poem Little Orphant Annie written by James Whitcomb Riley, with music by Charles Strouse, lyrics by Martin Charnin, and book by Thomas Meehan. The original Broadway production opened in 1977 and ran for nearly six years, setting a record for the Alvin Theatre (now the Neil Simon Theatre). It spawned numerous productions in many countries, as well as national tours, and won seven Tony Awards, including the Tony Award for Best Musical. The musical's songs "Tomorrow" and "It's the Hard Knock Life" are among its most popular musical numbers.

Charnin first approached Meehan to write the book of a musical about Little Orphan Annie in 1972. Meehan researched by re-reading prints of the comic strip, but was unable to find any satisfactory material for a musical other than the characters of Annie, Oliver Warbucks, and Sandy, so he decided to write his own story. As all three of Meehan, Charnin and Strouse were from New York, and given what he saw as the downbeat mood of the then-current Nixon era and Vietnam War, Meehan set his story in New York during the similarly downbeat Great Depression.

Size 240 x 330 mm - Coffee table size, Lots of Pages of great pictures and info on the show and cast