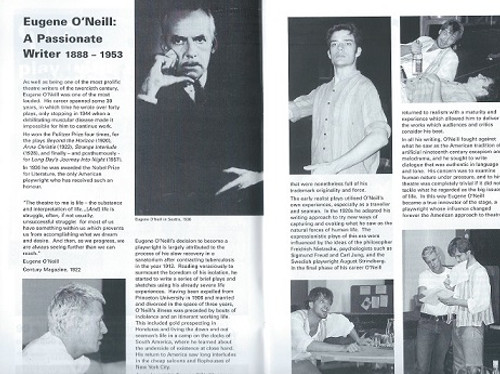 The play is set in Mary Gilmor'e (later Dame) apartment in Kings Cross, Sydney, at the time her portrait was being painted by William Dobell (later Sir). The play is about the exchanges, discussions, arguments between the two, revealing much about them, as well as Australian politics, culture and art.

In 1996, he directed the Australian stage production of Hugh Lunn's Over the Top with Jim, which exceeded box office expectations. He had huge success with his role as Count Almaviva in Beaumarchais' The Marriage of Figaro, with Geoffrey Rush, which opened the new Playhouse in Brisbane in September 1998. In 1999 he also had major success in Sydney and subsequently throughout Australia as Oscar Wilde in the Belvoir St production of David Hare's The Judas Kiss.
The same year he accepted an offer to be Adjunct Professor in the School of English, Media Studies and Art History at the University of Queensland, and gave workshops and master classes for drama students.
In 2009, Brown wrote and performed in Queensland Theatre Company's The School of Arts. The play follows the story of the old 'College Players' who toured Shakespeare through Queensland in the late 1960s.
His playwriting credits include Bill and Mary, based on imaginary conversations between the poet Mary Gilmore and the portrait painter William Dobell while she was sitting for him.